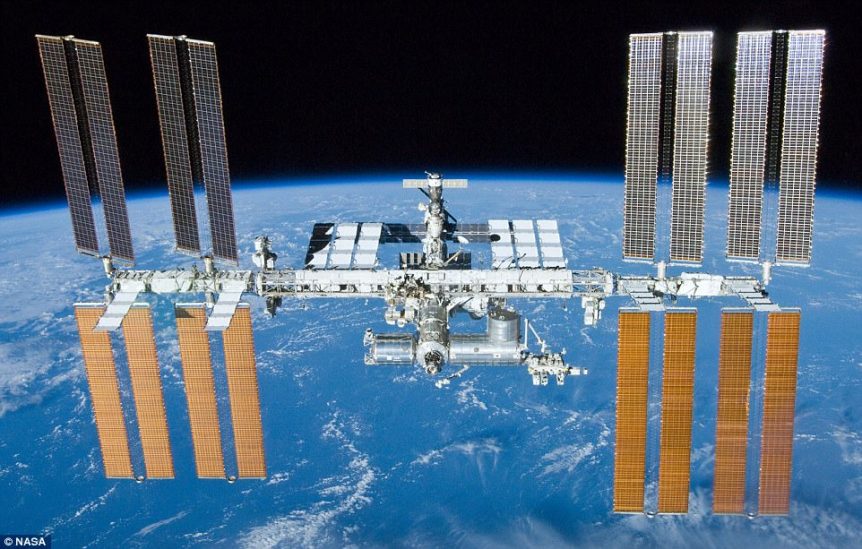 These photos remind us just how small we are when compared to the entirety of the universe. We’re just a speck in a vast array of cosmos. These photos also show how much information and data we’re collecting about our planet and the surrounding universe every second.

One of the most striking snaps to come out of the eclipse was an image of the International Space Station's (ISS) transit across the sun during the breathtaking event.

An amateur astronomer has now released a video of this transit, showing the huge space station – which is the size of an American football field – gliding across the bright orange solar surface.

The video was taken from a reservation in Wyoming, which videographer and scientist Destin Sandlin describes as the ‘perfect spot’. It has been permanently staffed by rotating crews of astronauts and cosmonauts since November 2000.

The ISS transit footage follows the release of another timelapse, this one from Nasa's Earth Polychromatic Imaging Camera, also known as EPIC, of the moon's shadow crossing the United States from 1 million miles (1.6 million kilometres) away.

DSCOVR's distant view of the eclipse was one of many taken by Nasa satellites and astronauts this week.

Yesterday, Nasa revealed the view from the international Hinode solar observation satellite, and said it could shed new light on the science behind the sun.

The images were taken with Hinode's X-ray telescope (XRT) as it flew above the Pacific Ocean, off the west coast of the United States, at an altitude of approximately 422 miles (680 km).

According to Nasa, the images could help uncover the mysteries of the sun.

‘Among its many solar research tasks, the satellite's observation of the eclipse was intended to add new data to ongoing scientific study of the coronal structure in the Sun's polar region and the mechanism of jets of superheated plasma frequently created there,' the space agency said.

Together, these instruments study the generation, transport, and dissipation of magnetic energy from the photosphere to the corona and will record how energy stored in the sun's magnetic field is released, either gradually or violently, as the field rises into the sun's outer atmosphere.

Were you able to watch the solar eclipse? What do you think of these photos of the ISS against the sun?