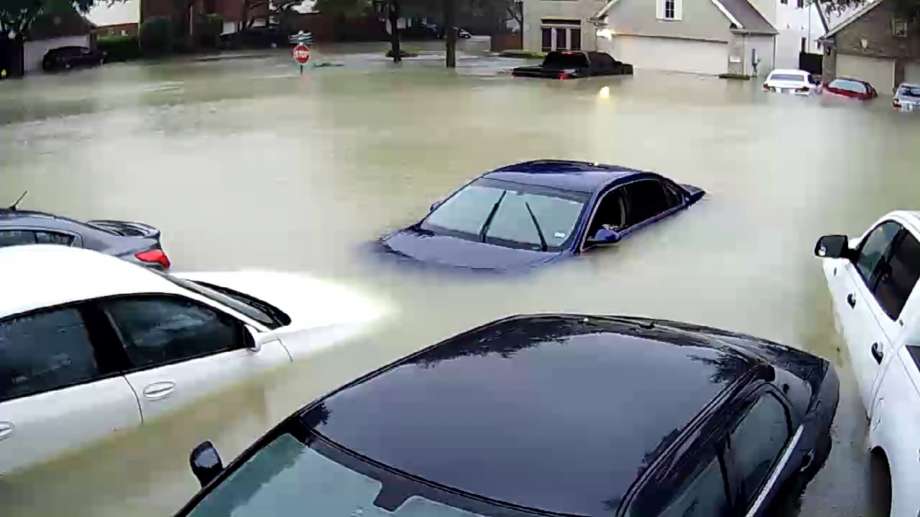 While many state and federal Agencies have converged on the Houston area to provide relief to people in the aftermath of Hurricane Harvey there is still a big job to do. While everyone had ample warning of the approaching storm, no one foresaw devastation like is emerging now.

In a sign of the magnitude of the disaster, more than 30,000 people are expected to be housed in shelters even as rescue officials were still piecing together the extent of the damage to homes and businesses, said William “Brock” Long, admistrator of the Federal Emergency Management Agency.

The already-dire circumstances were complicated by the release of water from two reservoirs opened to relieve the stress caused by a downpour that was threatening to equal or exceed in just a few days the area’s average rainfall for a full year.

Parts of Harris County, which encompasses Houston, were pelted with 30 inches of rain in the past 72 hours, the National Weather Service reported early Monday.

Authorities also fielded scores of calls for help throughout the night from people stranded by water, though many areas had imposed curfew overnight Sunday in hopes of cutting down on the numbers in need of being rescued from vehicles. Help was pouring in from swift-water rescue teams from around the country.

The full extent of Harvey’s aftermath started to come into chilling focus Monday in Houston and across much of Central Texas, as rain measured in feet, not inches, overwhelmed lakes, rivers and bayous, leaving several people dead and thousands displaced in a weather disaster described as “beyond anything experienced.”

Across the nation’s fourth-largest city and suburbs many miles away, families scrambled to get out of their fast-flooding homes. Rescuers — in many cases neighbors helping neighbors — in fishing boats, huge dump trucks and even front-end loaders battled driving rains to move people to shelter. Some used inflatable toys to ferry their families out of inundated neighborhoods, wading through chest-deep water on foot while the ¬region was under near-constant tornado watches.

The National Weather Service — which tweeted the “beyond anything experienced” description that morning — was predicting that parts of Texas could receive nearly 50 inches of rain, the largest recorded total in the state’s history. It also warned that Harvey’s relentless downpours were expected to continue until late in the week and that flooding could become much more severe. More than 82,000 homes were without electricity in the Houston area by Sunday night as airports shuttered and hospitals planned evacuations.

Thousands of rescue missions have been launched across a large swath of Texas, and Gov. Greg Abbott (R) said Sunday that more than 3,000 national and state guard troops had been deployed to assist with relief efforts. Another 1,000 National Guard members will be sent to Houston on Monday, Abbott announced late Sunday. The Federal Emergency Management Agency said federal agencies have more than 5,000 employees working in Texas, and the White House said President Trump plans to visit parts of the state on Tuesday.

The devastation was also reverberating around the world from the Houston area’s large international community. In India, Foreign Minister Sushma Swaraj posted a tweet Monday saying 200 Indian students were “marooned.”

“They are surrounded by neck deep water,” she wrote.

Mayor Sylvester Turner and other officials pleaded with residents to “shelter in place” and to make calls to overwhelmed 911 operators only in life-threatening emergencies. They urged people to climb to their roofs to await shelter if water was rising in their homes, and local TV news anchors reminded people to stay out of attics where they might be trapped by water — or to take an ax to hack their way to the roof.

Police began to ask people with high-water vehicles and boats to assist in rescue efforts on streets where abandoned cars were completely submerged. Brays Bayou, a huge waterway crossing the southwestern part of the city, rose between 10 and 20 feet overnight and by Sunday morning was flowing over bridges in its path.

The Texas National Guard has deployed across the state, including engineers in Corpus Christi and an infantry search-and-rescue team in Rockport. Another search-and-rescue unit was staging in San Antonio and was likely to be deployed to affected areas shortly, officials said.

As the extent of the disaster became clear at daylight Sunday, some criticized Houston officials for not calling for an evacuation of the city. Turner defended the decision not to evacuate, noting that it would be a “nightmare” to empty out the population of his city and the county all at once.
“You literally cannot put 6.5 million people on the road,” Turner said at a news conference.

The Marriott Courtyard Hotel in southwest Houston, along the banks of Brays Bayou, was surrounded by floodwater when guests woke up Sunday morning.

All roads in the area were underwater, and a park across the bayou was completely flooded. A car nearby had been abandoned, its doors left open. City traffic lights were still blinking red and green over the empty and flooded bridge, but most buildings visible in the area seemed to be dark and without power.

Water covered about eight blocks on the edge of Houston’s downtown, entering the ground floors of the Wortham Center, a downtown theater, and the historic Lancaster Hotel, where staff members were still posted to ward off looters. A Chase bank branch was submerged in flowing water that reached almost to its roof.

By midmorning, Nichelle Mosby stood up to her knees in floodwater in the parking lot, grimacing with a towel over her head to block the rain. Mosby and six family members, including a 4-year-old girl, had come from Louisiana to visit relatives. When Harvey hit, they booked into the Courtyard. Now they were stranded with dozens of other guests.

“We went through Katrina, but this feels different,” she said. Instead of a gradual buildup of water, she said, “this was like a gush of water that came up too fast.”

In the lobby, John McMillian, 70, sat eating breakfast with his wife, Debbie McMillian, 64, and their daughter, Tara, 29.

They were in town so John McMillian could have five days of treatment for his leukemia at MD Anderson Cancer Center just down the road. He had three days of treatment and was supposed to have his fourth on Sunday, but now they were marooned.

Texas was adequately warned of the approaching storm and many were prepared for a “normal” hurricane; but as in most natural disasters, unpredictability is the only predictable factor.

It will take weeks and even months in some cases to get back to normal and if you experience that and are not prepared – your options are severely limited – fend for yourself or rely on over-taxed emergency services.

The case for being prepared for just about anything has never been underscored more acutely than in the aftermath of Harvey.

For more information on Harvey and its devastation, please visit MSN.