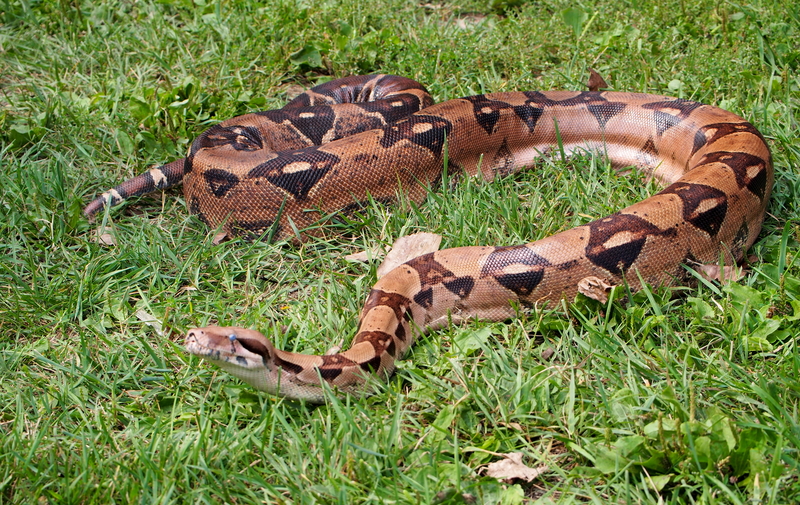 Snake-wrangling is not in most of our wheelhouses, including those who are experienced survivalists. You wouldn't be able to pay people enough money to take on a quick and potentially poisonous snake. Instead, these homeowners were creative and used another method to de-snake their home.

For about two years, a Florida family had been hearing noises in their attic. Since the sounds came and went, they didn't think to much about what could be up there.

The Eaglewood resident says it's “anybody's guess” how long he and his wife had been sharing their home with a 6-foot boa constrictor. The concerned homeowner called the Sarasota County Sheriff's Office Animal Services, but the officer was unable to locate the snake. It was against protocol to go looking for it.

They decided to call a local landscaper who moonlights as snake catcher.

Mark Lampart, 19, and his girlfriend, 18-year-old Kyleigh Wofford spent two and a half hours coaxing the snake out of the van der Herchen's home.

The part-time snake catchers believe that the boa was once someone's pet that had escaped.

Happily, Lampart confirms that he was able to find a “responsible reptile owner who would be able to take care of it for the rest of its life.”

How would you feel about sharing your home with a snake like this? Do you have any interesting snake stories of your own?