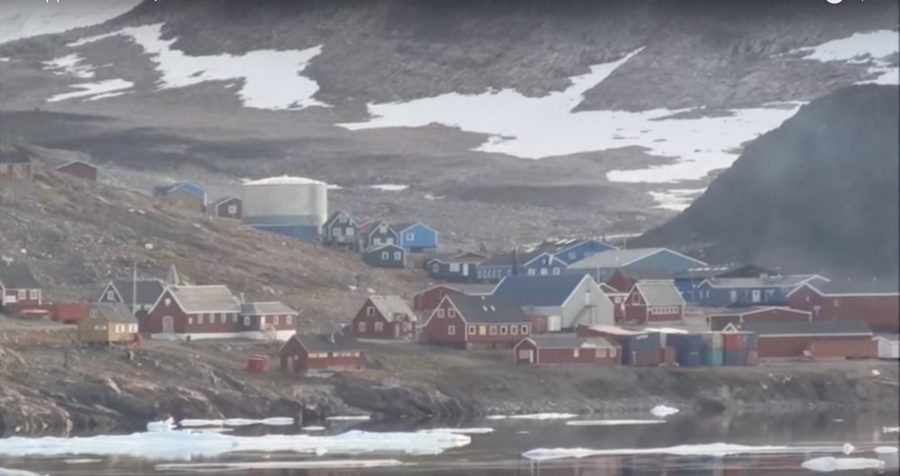 A mere 8 miles from the nearest road, Supai is nestled so deep in the Grand Canyon, the only way in or out is by helicopter, by foot, or by mule. Even the US Post Office uses mules to deliver mail to Supai, and it's the only town in the States that literally gets their mail call after the arrival of a mule train. It's such a pain to get there, a huge part of the deliveries the postal mules handle is food and other items from the grocery store. (The nearest one is 120 miles away.)

The reason that Green Bank is so isolated has nothing to do with distance, a lack of roads, or a fondness for banjo music. It's isolated because cell phone signals and WiFi are completely banned.

It's not for any anti-technology ideals — it's actually the opposite here, too. Green Bank is the home of the Robert C. Byrd Green Bank Telescope, and it's one of the world's largest. Scientists are busy there searching the skies for hints on how the universe began, and they're not just looking … they're listening. While the telescope can detect sounds from millions of miles from Earth, the town had to ban signals that would interfere with the telescope and the research going on there.

A little town with an epic-sounding name, Edinburgh of the Seven Seas has about 300 residents. Once a World War II military base, it's a far throw south of the South Atlantic's other famous island, St. Helena. The only way to get there is by boat, and it takes at least six days of traveling once you leave the only port that goes there: South Africa.

That first permanent settlement didn't happen until 1817, and the island has remained a pretty private place. With only seven surnames on the entire island (Glass, Repetto, Lavarello, Swain, Green, Rogers, and Hagan), we'll leave you to imagine the state of affairs there. A bit weirdly, they're determined to keep it that way — they regularly deny any outsiders the right to purchase land on the island. That's unfortunate because, let's be honest, it sounds pretty awesome there. Their main source of income is the Tristan Rock Lobster, which is either a crayfish or a B-52's song. They have an awesome work model, so most everyone there tends to have two jobs: their salaried “regular” job, and a side hustle like collecting crayfish or picking apples.

Every so often — like in January 2016 — Tristan da Cunha puts out a call for someone to come help keep their community self-sufficient. That time, they were looking for a farmer who would introduce new crops to help them get away from imported foods and their staple potato crop.

Home to around 450 people and it was once called Scoresbysund, which is actually a slightly better name. We could learn that one. We're pretty sure we could learn the flight schedule, too, as there's only two a week that come near the town, and you still need to take a helicopter ride to actually get there. You could take a boat, too, and since most of the people who head to Ittoqqortoormiit are the adventurous types, that's appropriate.

Say what you like about the desolate landscape around it — the town itself should have a picture next to the word “picturesque” in the OED. The entire town is made up of brightly colored wooden houses, and the other word that comes to mind is adorable. It's a colorful speck that sits along more than 11,000 miles of coastline. Founded in 1925, today it thrives off of the tourist trade, which is made up of a certain sort of person. They're the people that like snowmobiling and dog sledding, and who like the mystery of traveling roads made by sea ice. We prefer our roads to be of the dirt type, but it certainly looks pretty.

So now that you have a few options where in the world would you want to live? Let us know in the comments below.