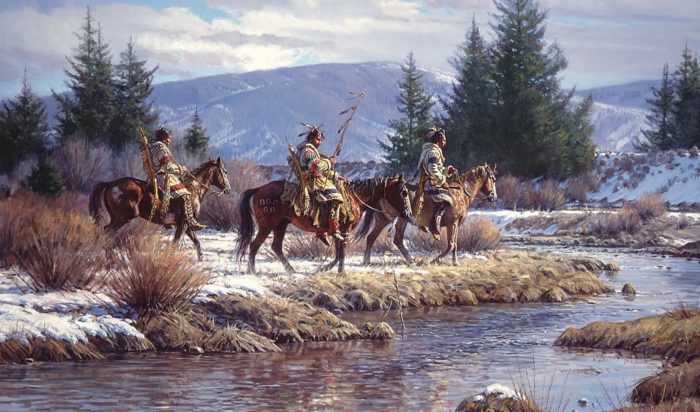 As survivalists, we know that having food, water and other supplies only helps so much when trying to survive. We also need to know skills for surviving the elements including the freezing cold of winter. These skills the Native Americans had for surviving through the winter are incredible. They just might be the key to your survival in an emergency.

The Skills Native American Used For Surviving The Winter Include:

An Ounce of Prevention
One way that native people prepared for harsh storms was forecasting them. Generally speaking, there were always one or two elders who seemed to have a knack of understanding that, for example, if the wind was bringing clouds from the north, it meant a blizzard, if from the east, it would bring snow, but nothing too harsh.

It also helped to observe animal behavior. For example, woodpeckers sharing one tree or one nest meant a harsh winter was coming.

Sometimes, indigenous people were away from camp when a snowstorm or blizzard struck. In these cases, stories of survival are almost all the same: People sought shelter quickly, made a small fire, tried to stay warm and wait it out. Shelter was the foremost concern, and it would take the shape of hollowed-out tree trunks, caves, rock outcroppings, even a quick lean-to made from branches, a tree and some snow.
Anything that would burn would be collected as quickly as possible, including horse or cow dung, pine cones, old pine needles, small branches – basically, whatever was dry. By surrounding the fire with rocks, they could radiate heat into the shelter.
If you were with someone else, you could share body heat. Natives would wait out the storm by sleeping as much as possible near the fire.
Protect the Body
Native people considered their body as a natural fire that they never wanted to squander or allow to go out.
For the indigenous people, this meant never sitting directly on the ground, but instead perching themselves on furs or rocks near the fire that were covered with hides and fur. The Eskimo people were known to tie dried loon skins, including the feathers, to a rope, which they wore around their waist, similar to an apron. Native people kept their body fire protected by layering clothing.
Making the Cold an Ally
Many tribes were nomadic and simply moved south along with the migrating birds. Other tribes used longhouses, where almost everyone in the tribe would spend the winters together in close quarters, their combined body heat making the interiors warmer.

As you can see, the Native Americans used whatever they could to survive the winter. They paid attention to  the way the wind was blowing or the way they animals were acting. They made shelters out of whatever was around them. They slept close to the fire and close to one another to keep their bodies as warm as possible. They also would plan to move south if it was going to get colder. These are skills that you will definitely want to keep in mind if you need to survive a long cold winter without heat.

To learn more about how the Native Americans survived the winter, you can go to:

Off The Grid News